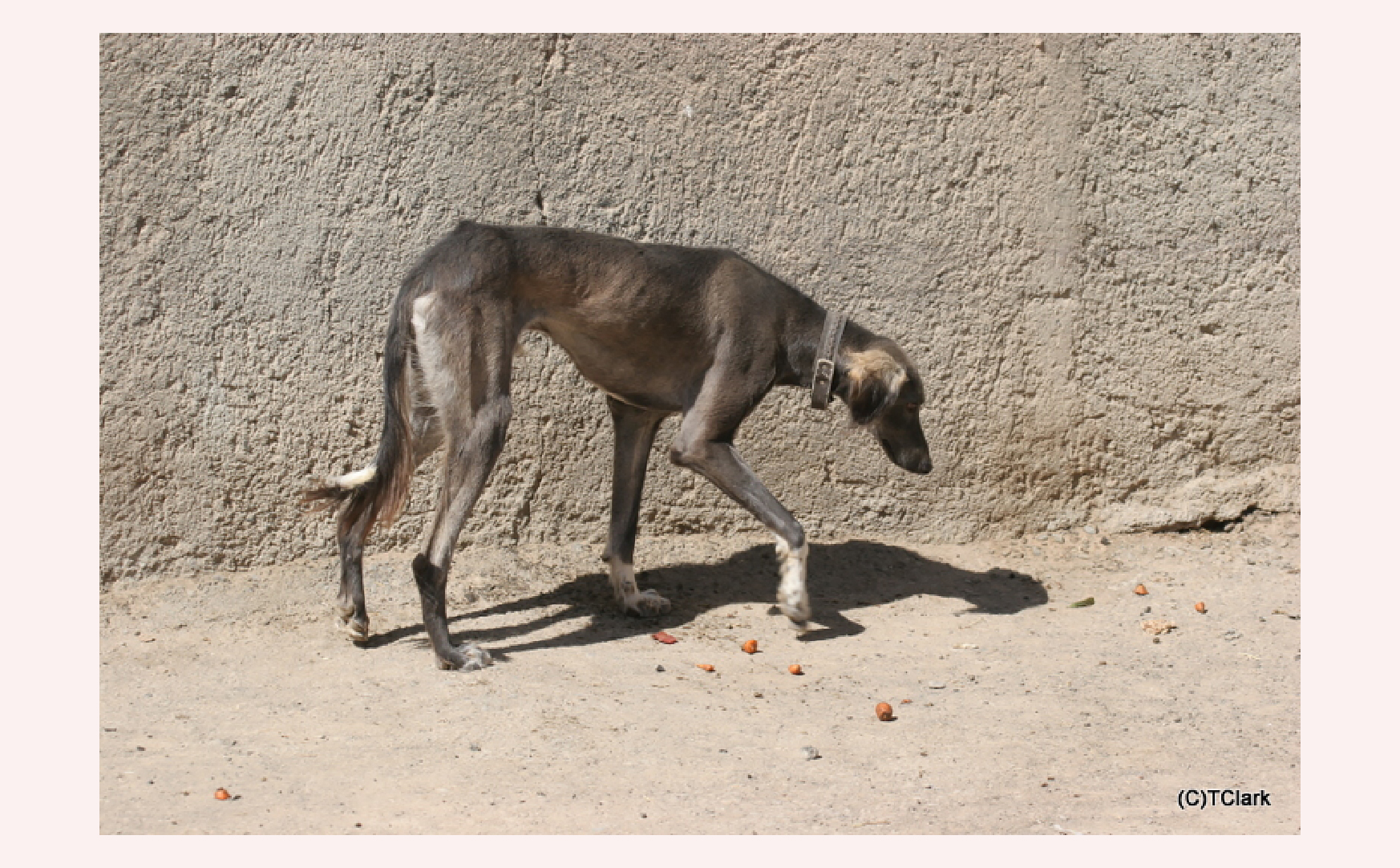 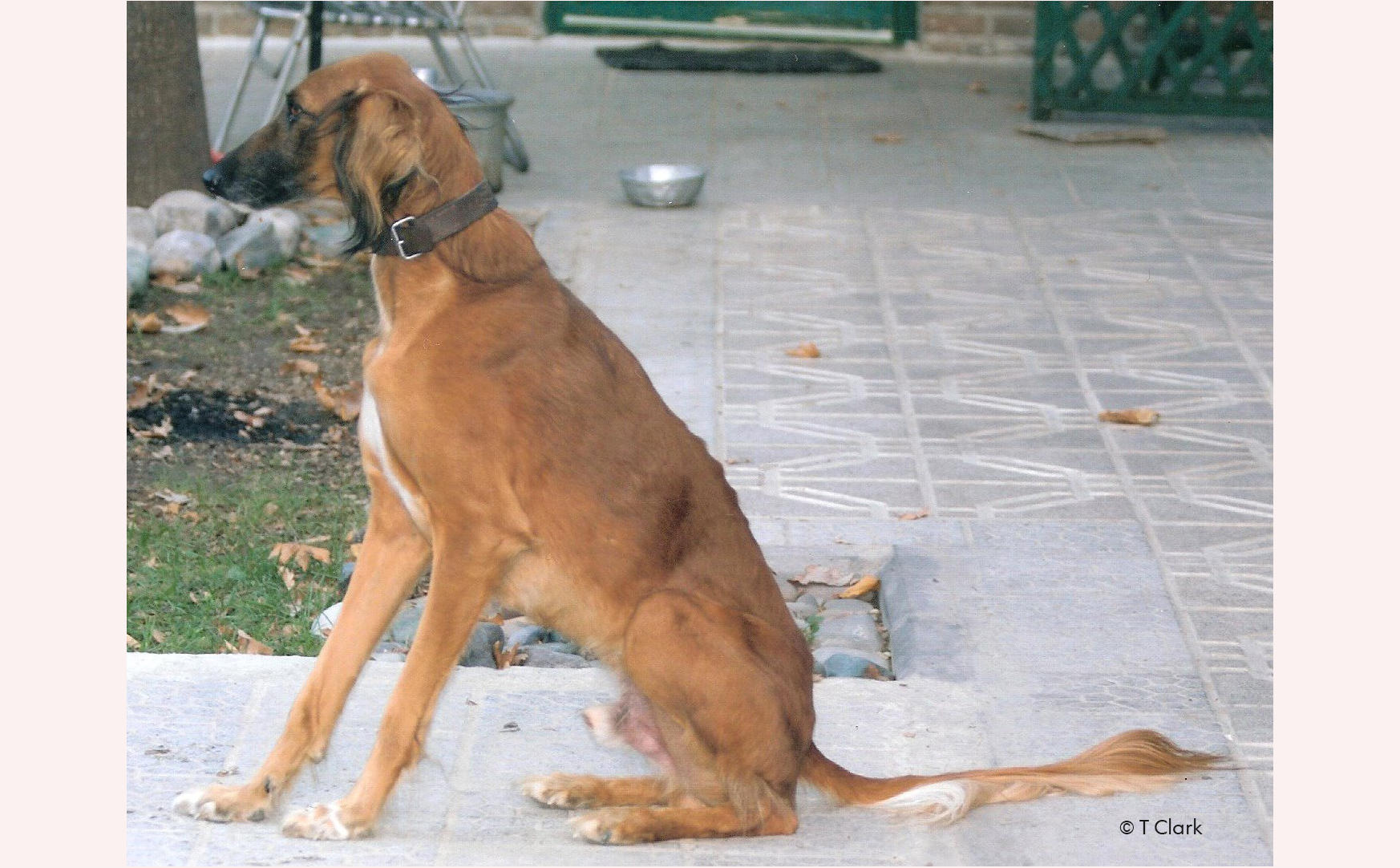 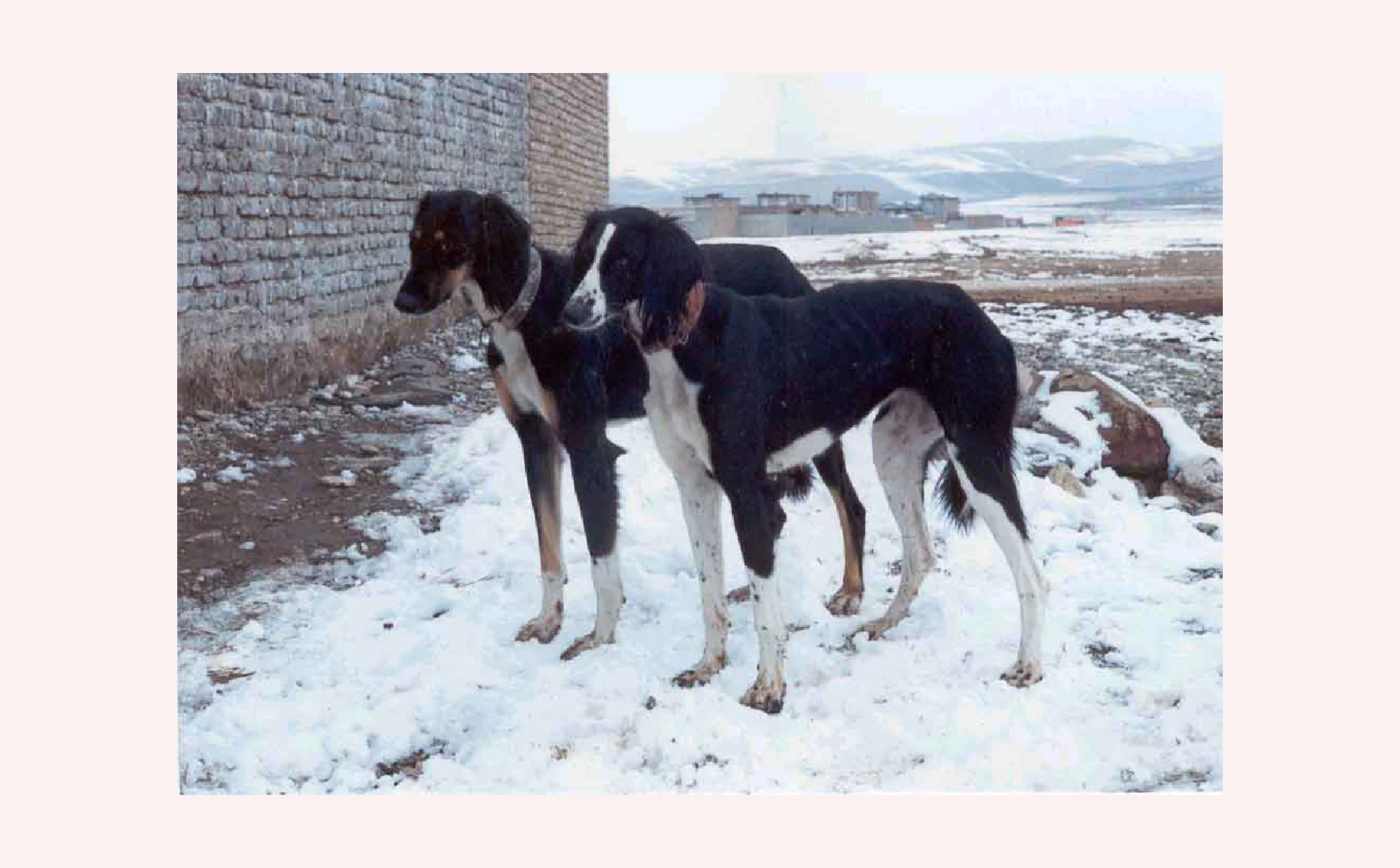 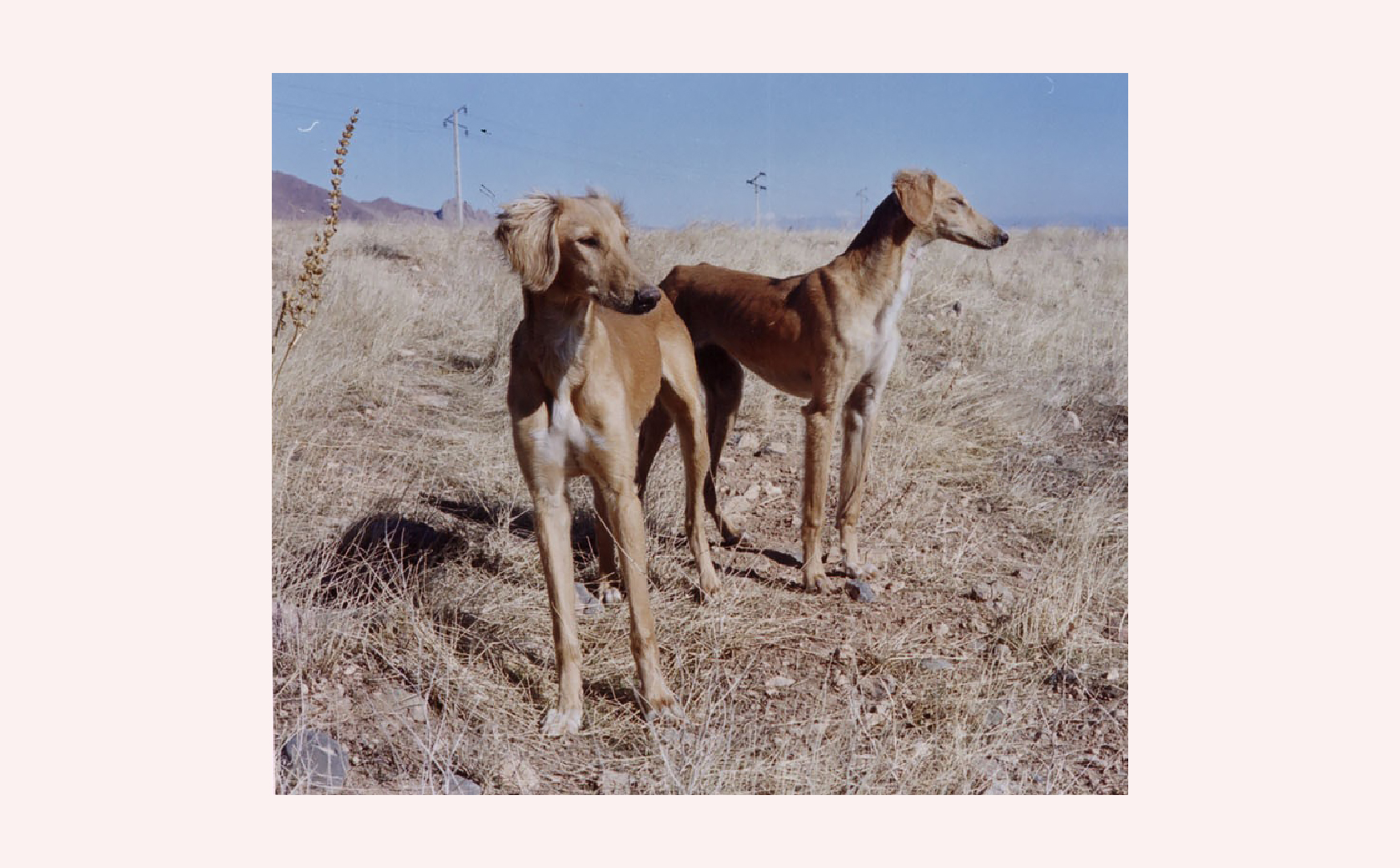 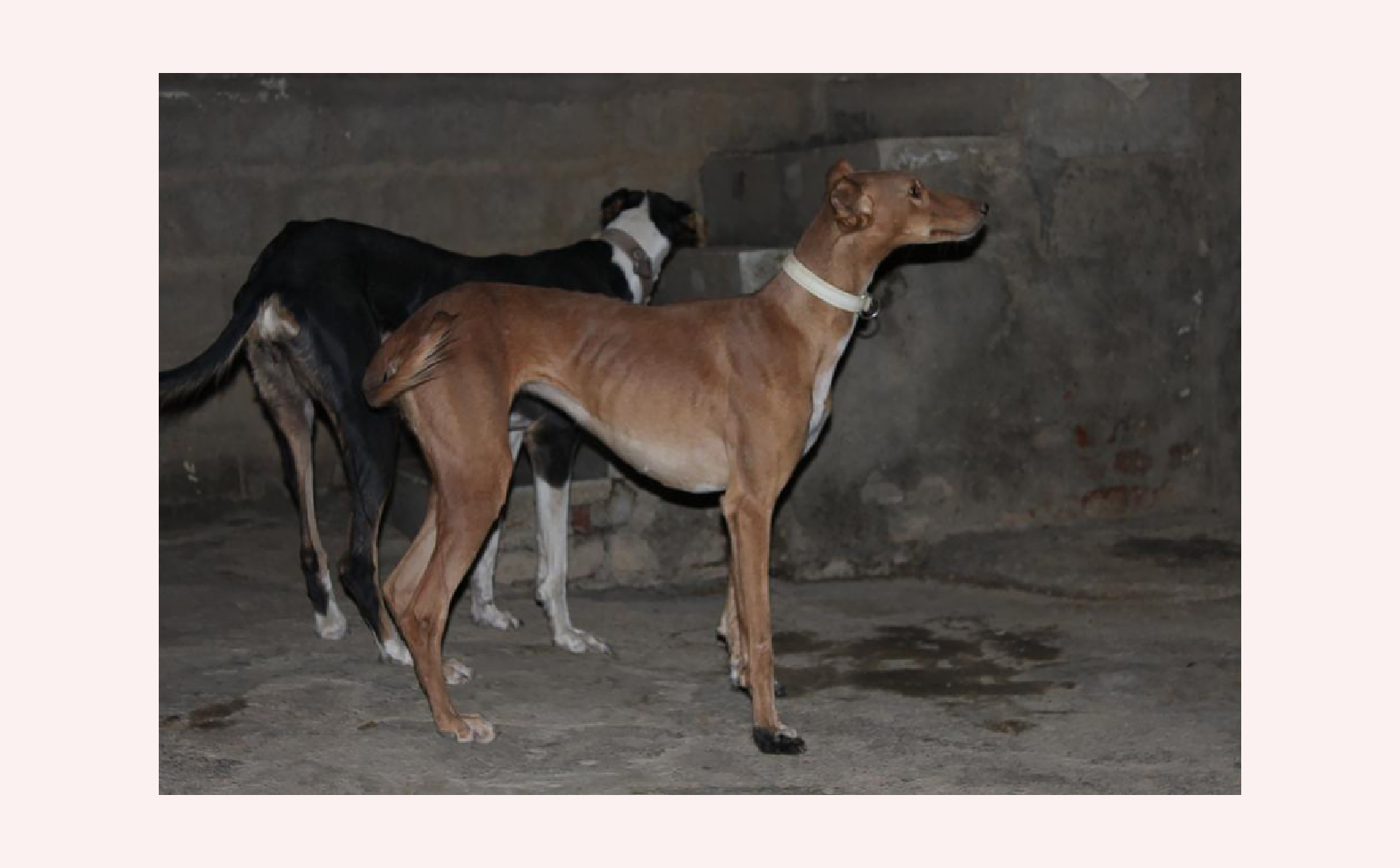 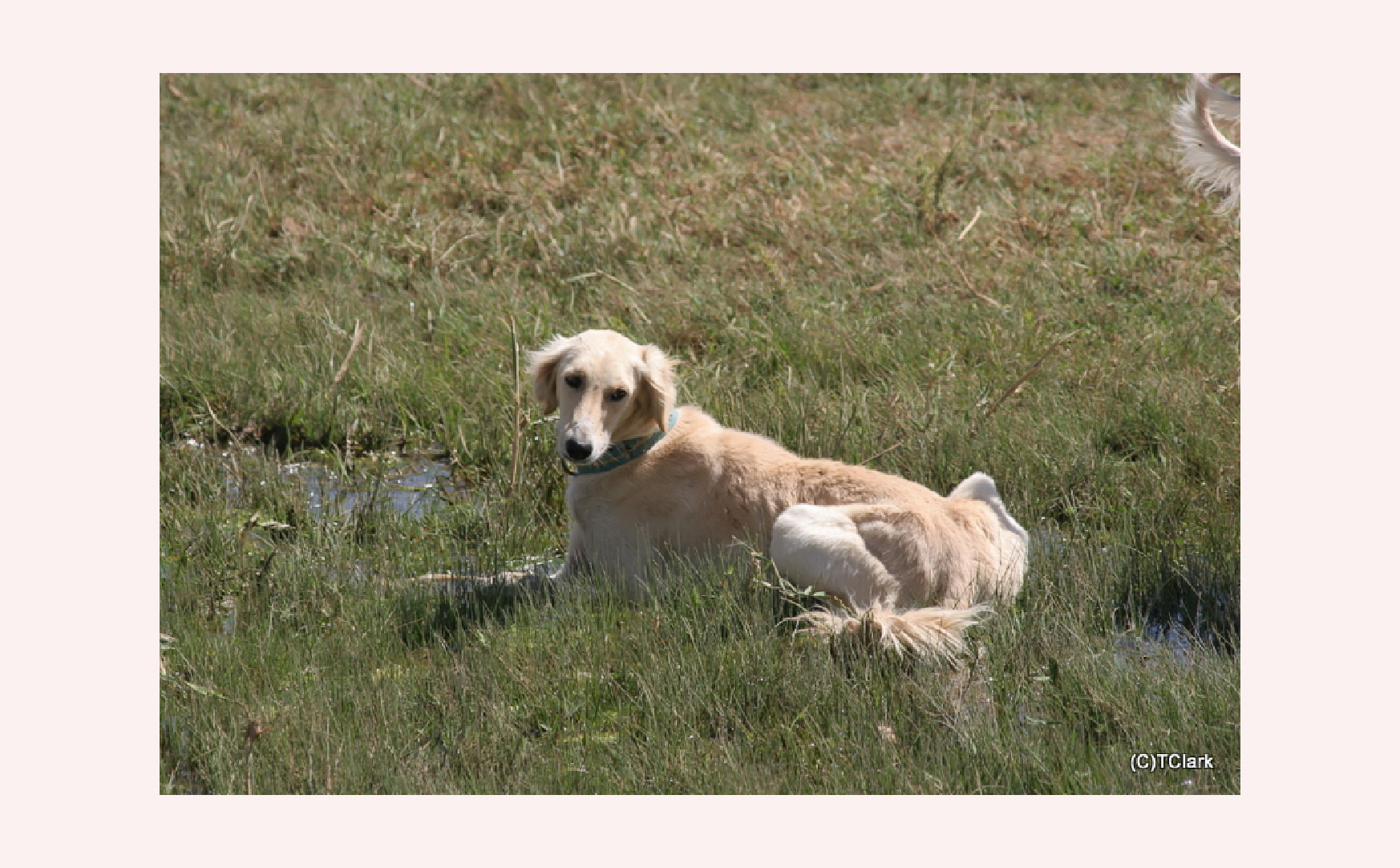 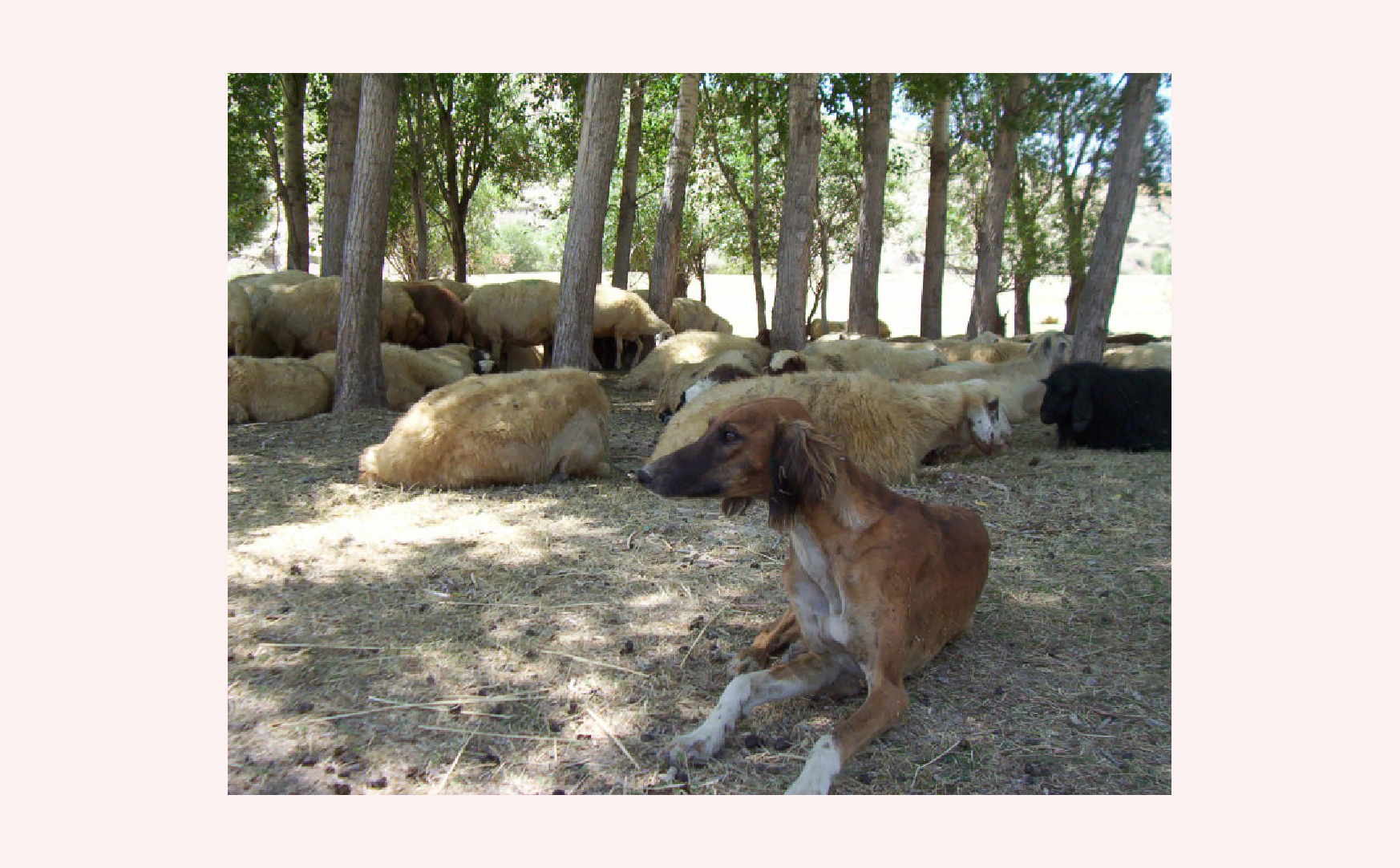 Iran is essentially a large desert plateau surrounded by unconnected habitable areas. Not as well searched for archaeological record as areas farther east, evidence of early man is nonetheless quite old and extensive. Iran has record of one of the oldest continuous major civilizations dating back to 7000 BCE.  The first urban settlements date back to 4000 BCE. Trade has long been the connection in Iran.

Iran was unified as a nation by the Medes in 625 BCE. The later Achaemenid Empire founded by Cyrus the Great was the first “global” Empire with its rule extending from the Balkans to North Africa and into Central Asia.  To its west was the Roman Empire   This period also saw Cyrus the Great codify the first attempt at delineating basic Human rights.

The area has long been home to the Saluki, known as Tazi throughout the region.  The oldest depictions of dogs and some of the earliest representations of a breed similar to that of the modern Saluki or Tazi are found in sites in Deh Luran and Khuzistan, Iran dating back to 4200 BCE to 3900 BCE. The Susa vessels have numerous depictions of stylized dogs used as part of funerary art. (Approximately 1000 vessels have been restored)

The region has long had trade ties to the east. The Han Court had established trade ties with the Parthians along the Silk Roads around 139 BCE.  Persia was the trade intermediary between China and Roman Empire for the silk trade as well as other goods from the east.  The Sassanian Empire further developed this trade.  The Mongol invasion brought safety to the trade between Persia and the east as well as to the west allowing the Silk Roads to become major trade routes bringing various aspects of all the cultures to the east to Persian and farther west. The rise of the Persian Miniature art has gifted modern times with a historical record of the more recent past. Through Silk Road trade, paper reached Persia in the mid 700’s AD from China after the Arab invasion. Along with paper came the Chinese influence in art and paper survived better than wall painting.  The rule of those to east in Persia brought the practices of Chinese narrative painting to Persia.

By the time of the Safavid Dynasty Persian Miniatures painting was well established.  These painting provide a rich historical record of the Saluki throughout the Silk Roads, in the Court and out hunting.

The painting here , sometimes also known as “Nightime in a Palace” is located at the Harvard Art Museum.  Note the cream Saluki in the upper center quadrant, watching life below. The image is courtesy of the Arthur M. Sackler Museum and was painted about 1539-43.

Today, the Saluki still hunts through Iran.  The western and central regions of Iran are well known for their Tazi, and many imports to Europe, especially Germany, are from these areas both now and historically. Urbanization, drought, and disease are having an impact on local populations as is the case across the homelands of the Saluki.