The Practice of Ear Cropping

Ear Cropping -to have- or have not

Those of us who have spent time in the homelands of the Saluki/Tazi are quite familiar with the practice of ear cropping of Salukis. I have visited the eastern areas of Turkey since 2005, and we have owned cropped Salukis originating in western Iran, so I am quite used to seeing crop-eared Salukis.  My particular family strain encompasses the Kurdish areas of northern Syria, south eastern Turkey and western Iran. Sir Terence Clark has traveled the area extensively, including Syria and Iraq so is also quite familiar with crop-eared Salukis as in all of these areas cropping is routinely seen.  Why this is done and when it started is lost in time and if owners are queried in the Salukis current homelands about ear cropping, the answer will vary.

The western studbook has multiple examples of crop-eared Salukis that have figured heavily in our modern pedigrees.  The first would be Hama of Homs, a Syrian import to England who was extensively used in multiple English breeding programs. 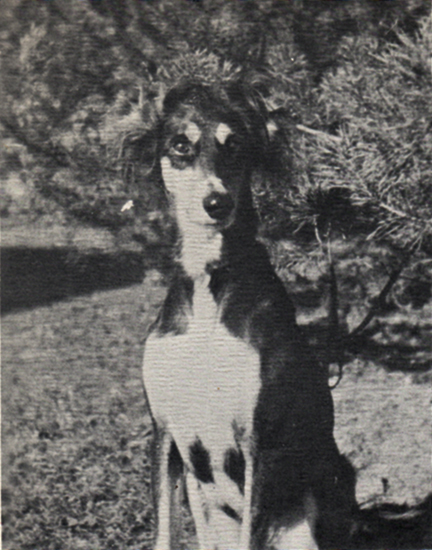 The second and only crop-eared import to the USA in the AKC studbook, also an AKC Champion, is Abdul Farouk. Abdul Farouk was gifted to Esther Bliss Knapp (Pine Paddocks) in 1945 by Colonel Chapman-Walker on the recommendation of the President of the Saluki Club of America, Edward Aldrich. Abdul Farouk was a gift from King ‘Abd al-Aziz in Saudi Arabia to Colonel Chapman-Walker in the early 40s after a hunting excursion. This male traveled from Saudi Arabia, to Cairo, Algiers, Naples and on to Washington DC.  At the close of the Washington DC assignment Chapman-Walker was to return to England and the required quarantine was considered too hard on Abdul Farouk and Lady Yeled Sarona Ramullah (She was a companion gift from the King of Saudi Arabia). Mrs. Knapp successfully showed Abdul Farouk to his AKC Championship in 1946 and incorporated him into her Pine Paddocks program before AKC allowed him entry into the studbook in 1950.

How ears are cropped will vary across the region in the Middle East. How the crop appears on the Salukis will also vary by coat and amount of feathering on the individual dog.  In the south east of Turkey bitches often have only one ear cropped. The length and shape of that crop will vary from village to village.  The same is true for males, while both ears are cropped, where the ear is cropped and how it is cropped changes.  This is somewhat different from the Shepherd dogs as that ear crop is always close to the head, in both males and females. This is the same kind of crop that occurs in Iran, both dogs and bitches are cropped, however the length of the crop will vary.

Sir Terence Clark writes in 2005 “People seeing Syrian Salukis for the first time are always struck by the fact so many have their ears cropped.  Indeed, some have even suggested unkindly that it must be done to disguise their faulty hang.  However, the existence of hounds with intact and perfectly normal ears gives lie to such suggestions so there has to be another explanation.”   The rest of this article is found in the 2005 SPDBS Newsletter found here. 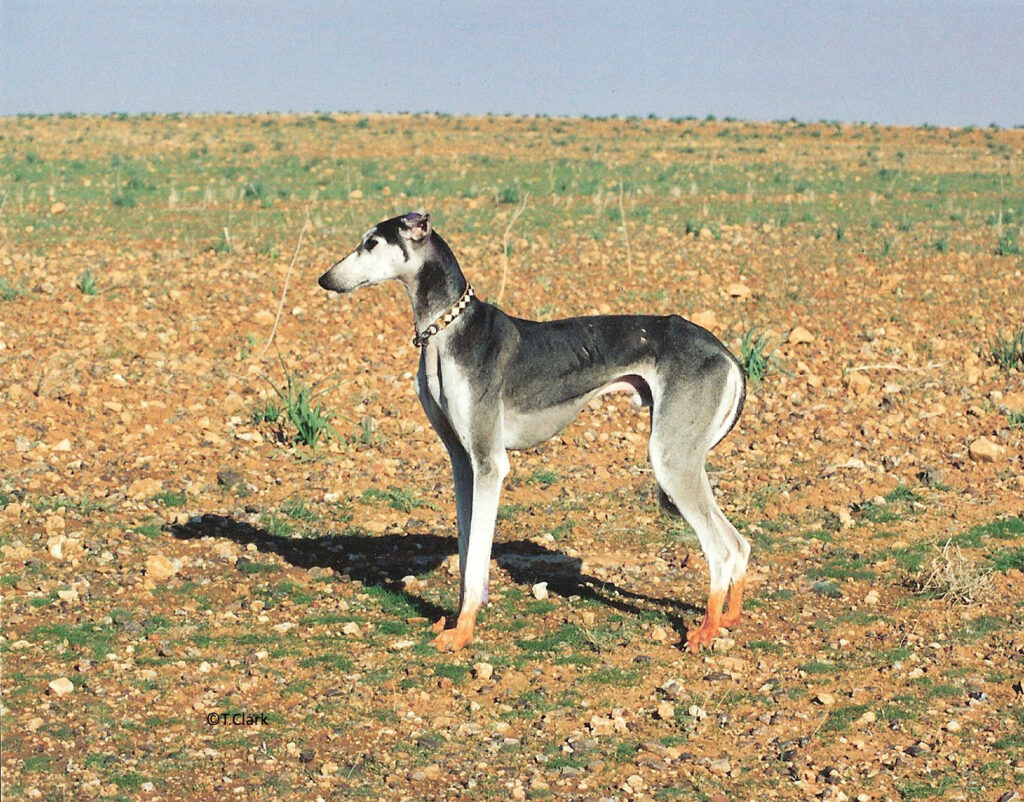 “It will be noted that all these hounds have one or both ears cropped. This is a common practice that is followed mainly in the Kurdish areas, not only of Syria but also of Turkey, Iraq and Iran, though some Arabs among these communities also do it. The reasons given are various: for speed, beauty, alertness, prevention of damage in fights or among thorn bushes, and identification in case they are stolen. Often males have both ears cropped and females only one. The extent of the cropping goes from close to the skull to just the tip. It is usually done before the puppies are two weeks old.” Multiple examples of cropped ears from the area around Homs can be seen at this link.  http://www.saluqi.net/id16.html

Isik Guvener is a well-known Shepherd dog breeder who grew up in central Turkey with both the local Shepherd Dogs and the Turkish Saluki. He discusses cropping in Turkey in the PADS 23 issue. While primarily addressing the shepherd dogs, the same reasoning applies to the Saluki in the area.  Reasons for cropping, in addition to identification of a Saluki in the field or astray, are a belief the Saluki can hear better, is not as prone to ear infections, avoiding ear hematomas, and avoiding issues associated with torn ear leathers.

Whatever the reason, the practice is still used throughout this region, both on smooth as well as feathered Salukis. It is not a new practice as this miniature painted in the 1560’s demonstrates.  This is part of the Süleyman-nama folio that resides today at Topkapi Palace in Istanbul Turkey. In this miniature we see 6 Salukis in varying colors all with cropped ears, the light-colored Salukis are also hennaed as is still done today.

When you see a cropped Saluki, you are gifted with a look back in time.  These Salukis are a picture of how our Saluki often appeared throughout the Fertile Crescent, across the Zagros to the western Asia steppes, as he pursued game, whether hunting with Süleyman the Magnificent, Abbas I the Great, or the local villager. 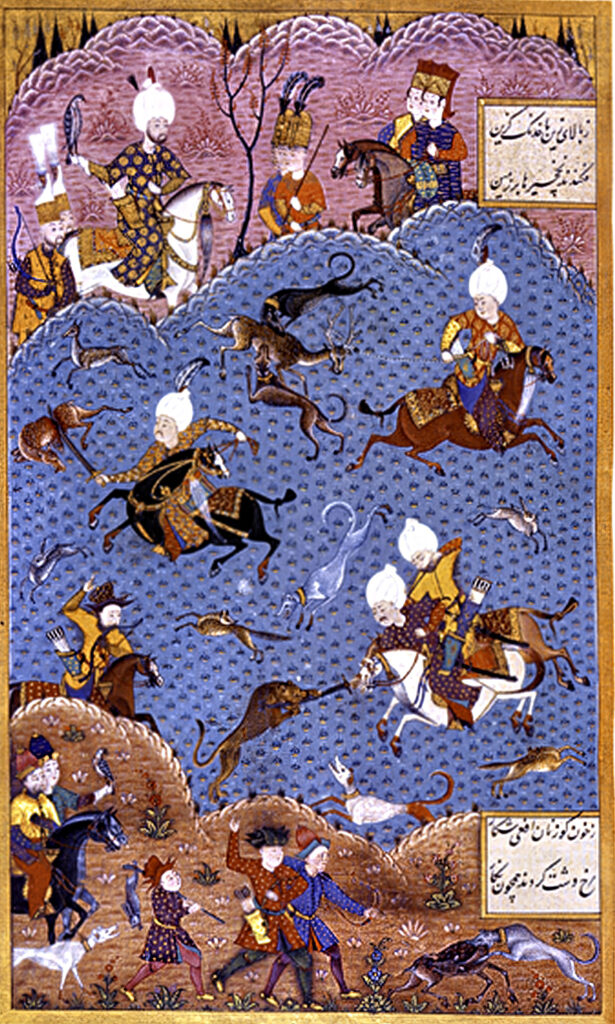 Miniature from the Ottoman Empire dating to 1562. This is from the Suleyman-nama now located at the Tokapi Palace, Istanbul.